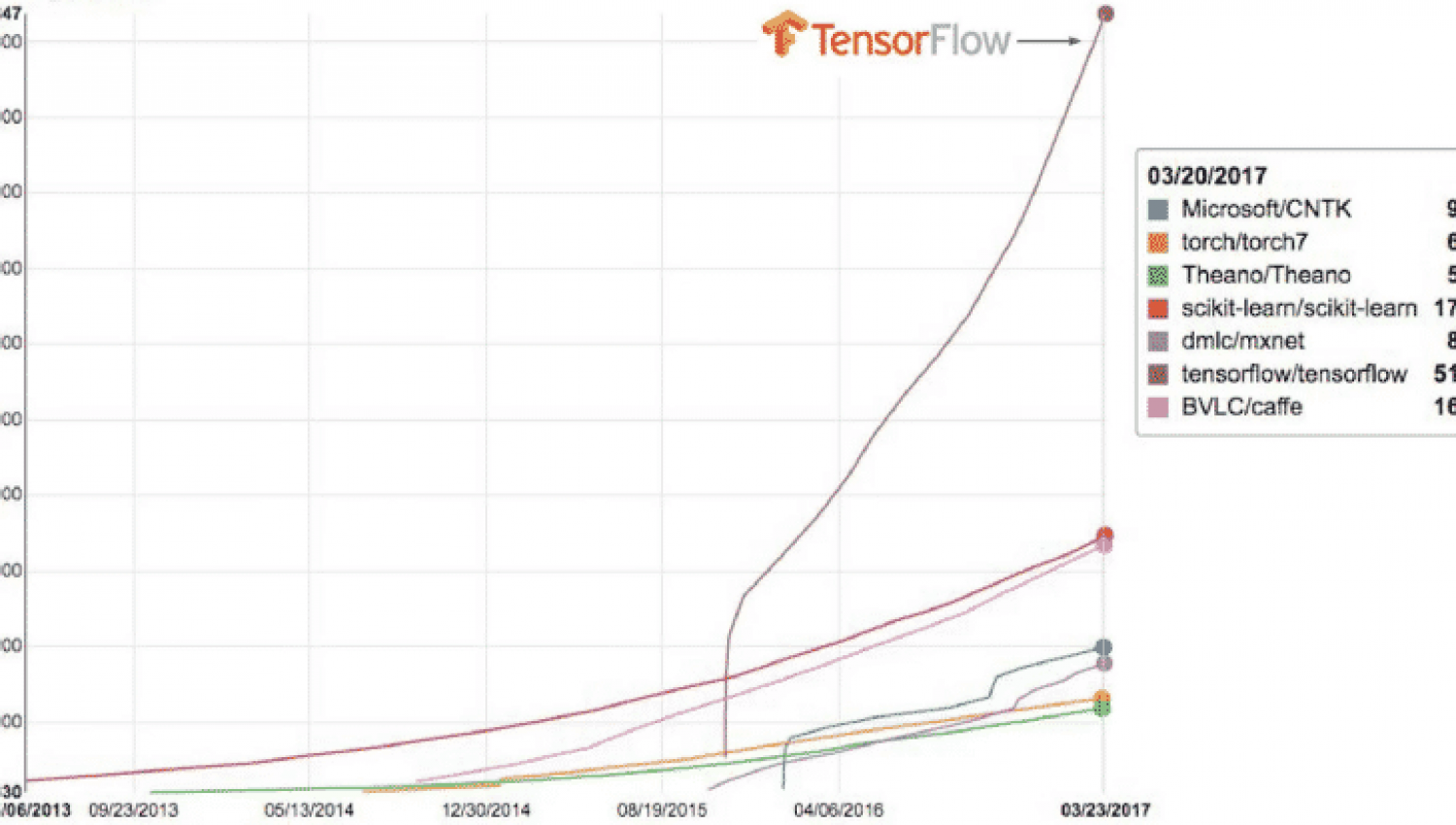 This week, the old god dies, and the new god arises but this time he might write his testament in Chinese, and he’ll have to go to kindergarten like everybody else!

Words spoken quietly sometimes bear tremendous consequences. In a hushed post, Pascal Lambin announced that the Montreal Institute for Learning Algorithms would stop developing Theano in a few weeks. Theano is — was — one of the main frameworks used for deep-learning with TensorFlow, Caffe, Torch and the likes. We’ve been speaking about it for a long time now, but we might finally be starting to see the beginning of a new era: the consolidation of existing frameworks into a few main players. At the moment Google seems to be taking the lead with TensorFlow, but Facebook and Microsoft are willing to go into an alliance, so the future is wide-open!

Last week we got an overview from Andrew Ng of the hot-topics in Artificial Intelligence. One of them was unsupervised learning. Basically, with supervised learning, we teach algorithms using examples and correcting them when they are wrong. A process that is data-hungry and becomes the bottleneck in most cases. That’s where unsupervised learning comes into play and could bring a revolution of its own. The idea is simple: take a baby, most of the time nobody tells him if he’s right or wrong, but in mere weeks he is already capable of grasping the most elemental concept of physics. The only way for our brains to access enough data is to get into a frenzy trying to predict everything that is going to happen at every moment, at least that’s the point Yann LeCun conveyed in his presentation at the Cognitive Computational Neuroscience. A must-watch!

We’ve talked plenty of the different underlying biases that can go undetected in datasets and then make their way and be released in production system thus propagating those same biases on real persons, but sometimes the biases start even earlier. For instance, in deciding which alphabet to use. Most research efforts of the last decade have focused on the Roman alphabet with its very constrained set of characters. Alas, those same techniques don’t always translate well to other languages such as Chinese and its richness and variety of characters. Fortunately, things are changing! For instance, Apple just released their take on this problem and how they used the latest advances in deep-learning to perform real-time recognition of handwritten Chinese characters. A definitive improvement that might one day lead to global communication among humankind — but we might get ahead of ourselves.

4 — What are you hiding behind your back?

Alright. Let’s take a step back. It is easy to get pumped up about deep-learning and think it is going to solve all our problems; but is it? Its main issue is that the whole package comes as a black-box. Yes, networks are designed by experts — even though AutoML might ultimately change that -, but apart from that, we cannot explain why they make certain computations. What this leads to is highly effective yet not very explainable models. For some hedge funds, this is not an issue, and they take every advantage they can. But for others, this is a big mistake, as Ray Dalio puts it: “If the future is different from the past, you’ll probably crash.” No matter which approach you favor, one thing is for sure, as deep-learning systems penetrate more and more critical systems, the question of responsibility will at one point arise: what if something goes wrong?

5 — So mankind created God in his own image

Artificial Intelligence is a black-box. And so what? In the strangest news that we’ve read in a long time, Anthony Levandowski — the guy who’s on trial for stealing trade secrets from Waymo, the Google self-driving car division and selling it to Uber — is trying to go not one, but hundreds of steps further. His big plan? Build an AI god. Yes, you read that right. Whether this is legit or just an attempt by Anthony to fill in the whole Silicon-Valley-atheist-singularity niche with a Scientology-based method, there’s one person that must be keeping a close eye on it: Ray Kurzweil, chief ambassador for the singularity. The point at which a machine will become smarter than a human and shortly after that, smarter than the whole of humanity combined. Head over here to read the complete article!

Starting today, we are going to publish This week in AI as a newsletter. That won’t change anything as far as Medium is concerned. So if you want to make sure not to miss the next one, then subscribe with the form below!